eZ Platform is a next generation Content Management System which went through a complete technical reboot in 2012-2015. With the first release of eZ Platform and the complimentary product, eZ Studio the system is now completely modernized and running on the Symfony Full Stack Framework.

eZ Platform and a Graph Database?

eZ Systems has been working on a Content Management System with a rather complex content model for over 15 years. Traditionally this data has been stored in a relational database, supported by a Search Engine built with Solr. The new Solr implementation for eZ Platform was introduced at the eZ Publish Summer Camp 2015 by Petar Španja.

Some time after the session we discussed more details such as the decision to go with Solr and not ElasticSearch and one thing stuck with me. Would a mapping of the content repository to a Graph Database make sense? Is there a use case for it and how feasible would it be?

In November 2014 the last versions of eZ Publish were released (5.4 and 2014.11). This is the last version of the fully featured Open Source Content Management System, whose code base dates back to 2002. From this version onwards the legacy code is no longer included with the standard distribution and the product will be known as eZ Platform. 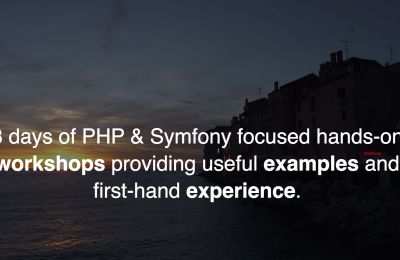 eZ Publish Summer Camp and PHP Summer Camp are a joint event held in Croatia at the end of August (26. - 29.8.2015). There will be excellent professionals (and me) holding hands-on workshops about all things PHP, eCommerce, Content Management and whatnot.

If you're working in the PHP content management space (a fancy way of saying building websites with WordPress, Drupal, etc.) you've likely heard about Symfony. While it is just one part of a larger renaissance in the PHP community, it's probably the best known brand known to developers and business folk alike.

Using Symfony as a concept, however is quite ambiguous. Let's take a look at how three different content management tools have done just this.