Ubuntu is a popular Linux distribution based on Debian. It's often thought of as more of a desktop oriented distro, but it is quite a common for web hosting too. It is also the distribution of choice for many developers who are not that focused on Linux administration.

This brings improved performance (Benchmarks: PHP 5.6 vs HHVM 3.11 vs PHP 7.0.1) and new features to thousands of developers using the popular Linux distro. 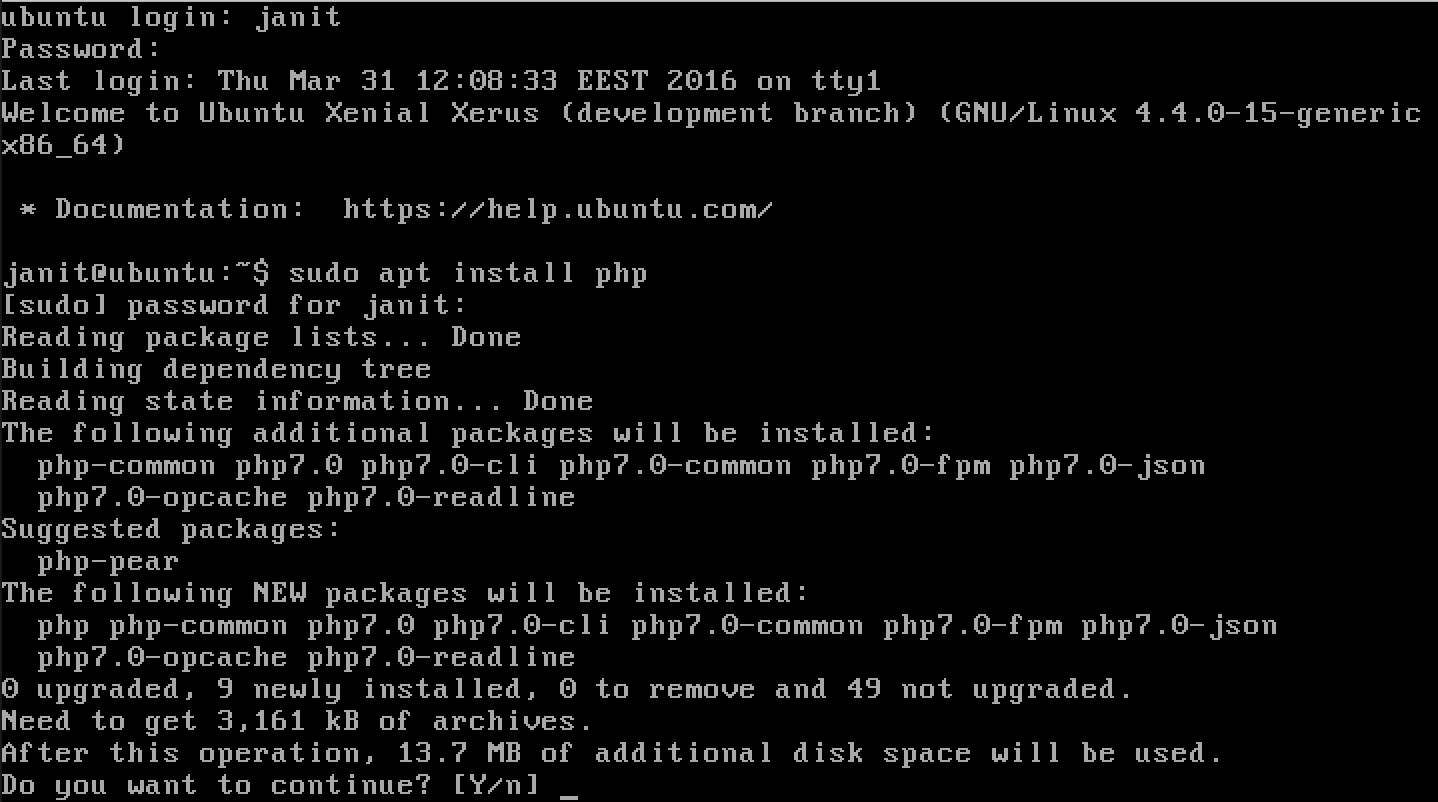 In the future users should be able to upgrade to PHP 7.1 and beyond with external packages prefixed as php7.1-. All in all this is big step for PHP 7 adoption.

Like Symfony, Ubuntu has Long Term Support (LTS) releases. LTS releases of Ubuntu are released every two years and have a three year old support lifetime for the Desktop and five for Ubuntu Server versions.

With the next LTS release scheduled for release in April, this means that it has a significant impact on the PHP versions available for many developers and PHP 7 adoption in general. The Ubuntu team has added PHP 7 packages, but have not committed to a release with it:

We are pretty certain that we don't want to ship both 5.6 and 7.0, so we expect to remove one or the other before release. Based on my current understanding I would like us to ship 7.0 in 16.04, but the transition needs to be completed first. For 7.0 to make 16.04 it needs to have replaced all the functions that 5.6 currently performs for us (reverse dependencies etc) and replace 5.6 in main. If this doesn't happen by feature freeze (18 Feb), we expect to remove 7.0 from universe, and 16.04 will ship with 5.6 only.

While container technologies like Docker might make default distribution packages less significant in the rest of the 2010's. It'll make a significant dent in popular projects' ability to ship PHP 7 only versions as a large number of users might still be using a supported version of PHP 5.6 in 2021.